How to repair cracks in plaster walls and ceilings

At some stage in their life cycle, homes throughout Melbourne will eventually need to repair cracks to plaster walls, ceilings and cornices. Some will be large, some will be small and sometimes new sheets of plaster and cornice will need to be installed.

What is the cause of plaster cracks?

There are many reasons why plaster cracks appear in homes and most times it is as a result of house movement. Timber in walls and ceilings will expand and contract with the changing of the seasons as will homes with steel beams and posts. Homes that are built on top of stumps will have moved or settled over time and will need to be re-stumped so as to level the house. Sometimes even footings or foundations would have sunk slightly and will need to be under pinned in order to strengthen them. There are occasions were cracks appear due to poor workmanship by cutting corners when applying a plaster mix or not using enough screws or glue to attach the plaster sheets or cornices.

Where do cracks appear?

As the house gently absorbs movement over time, plaster cracks will generally appear within internal corners and along cornices where the cornice is attached to the wall or ceiling. There are also times where cracks will even appear along plaster sheet joints in both the walls and ceilings. Where foundations or stumps have moved considerably and have been underpinned or re-stumped, most of these plaster cracks will appear at the corners of doors and windows and travel at an angle outward from the architrave. This scenario is exactly what occurred with this project because the rear of the house, which was built on stumps and needed to be re-stumped, had moved significantly.

The back half of this weather board home is an extension of approximately 40 years old and it was built with plaster board walls and ceilings as well as a 75mm Cove cornice throughout the house. With the re-stumping completed and left for 8 months to settle, the scope of work required to repair cracks to plaster walls and ceilings and to replace cornices that had fallen because of the movement.

What is a Cove cornice? I’m glad you asked because you can learn more about it from Gyprock.

How to repair cracks?

The repair of cracks begins with removing any loose plaster from within the cracks and making sure that any plasterboard is reattached to the walls and ceilings with nail clouts, plaster screws or glue. Once this is done you can begin filling the cracks with a plaster mixture and paper tape to help with strengthening of the joint. An article I wrote titled How to repair plaster cracks will outline the method of repairing any plaster crack in detail as it is the same process. Once the plaster cracks were repaired and dry, all that was required was to attach a new section of 75mm Cove cornice and the work was complete.

I have attached pictures below of the finished walls and ceilings that were affected by re-stumping.

Cracks that appear throughout a home need not cause to much anxiety and once the root of the problem has been identified the task of rectification can begin. With the project above, when the house was re-stumped and allowed to settle, the process of repairing the plaster cracks could start and the method to repair those cracks is the same as if it was a hole in the wall or a small internal wall crack. With the plaster repair now completed, all areas are ready for painting. 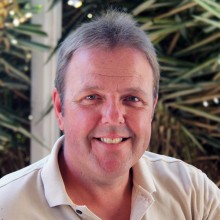 Terry Zabak is the Managing Director of TMZ Painting. When he's not painting, Terry's passions include studying Italian, playing acoustic guitar, watching sport, experiencing new foods and cuisines and also traveling either locally or overseas. You can reach out to Terry by dropping him a line at info@tmzpainting.com.au